23 Amazing Things To Do In Australia on a Student Budget

Australia is a huge country with an endless list of amazing things to see and do. The recommendations listed here are mostly free but even when they’re not, they can be done on a small budget. The biggest expense is getting there and getting around – book your flights to Australia with StudentUniverse to get the best rates possible!

Sydney may be Australia’s most famous city, but Melbourne is its coolest. The capital of Victoria is a vibrant hub of art and culture, and nowhere is this more apparent than in the back alleys of the city centre, which are ablaze with incredible street art. Top streets to check out include Hosier Lane, Meyers Place and Croft Alley.

2. Go on a free penguin-spotting safari at St Kilda Pier

St Kilda is a seaside suburb of Melbourne and a popular spot for young travellers, as it’s more affordable than the city centre. Some really cool free experiences can be had here, one of the best of which is seeing the little penguins that show up each night to roost on the breakwater at the end of St Kilda Pier.

Located in the heart of Sydney, Darling Harbour is a cool place, with bars and restaurants and good paths to stroll along. Once a week, from May to October, there is a free Saturday evening firework display. Hopefully by the time May 2021 comes around, current COVID restrictions will be lifted and the show will be back on.

The beaches dotted around Sydney are legendary. A classic experience is to take the green Manly Ferry from Circular Key across Sydney Harbour to Manly Beach – a ticket is about $10 and worth it for the views along the way as well as the transport itself. Another good experience is the 4-mile Coogee Beach to Bondi Beach walk along coastal cliffs.

5. Do a day trip to Nimbin from Byron Bay

Nimbin is a hippy enclave in the mountains west of Byron Bay (a popular stop on the East Coast backpacker trail). Day tours are around $50 and include transport to and from the village. Various substances (can you guess what?) that are technically illegal in Australia are tolerated here. Expect colourful garments and lots of counterculture.

Right at the top end of Australia, in the Northern Territory and close to Darwin, you’ll find Litchfield National Park. This one is a real beauty, and famed for its deluge of stunning waterfalls. The biggest ones have amazing swimming holes beneath them; these include Florence Falls and Wangi Falls.

7. Walk around Uluru (aka Ayers Rock)

You’ve kinda got to see Uluru to appreciate how ridiculously huge it is – a giant red monolith smack bang in the middle of the country. We don’t advise you climb it (although technically legal, the act is hugely offensive to the indigenous owners, to whom the rock is sacred). But you can walk around it, admiring it from every angle, on the 7 mile circular path.

8. Be a drifter at Ningaloo Reef

Unlike the Great Barrier Reef on the East Coast, which is only accessible via a boat trip, Ningaloo Reef on the West Coast is so close to the shoreline you can just snorkel out off the beach. One of the coolest things you can do is the 100m-long ‘Drift Snorkel’ at Turquoise Bay – swim out at one end of the beach and let the current guide you over the beautiful coral gardens, parallel to the beach, before hopping out and doing it all over again.

Few travellers end up getting to Tasmania, an island state of Australia 150 miles south of the mainland, but if you get the opportunity, you should definitely take it up. It’s cheaper than the mainland and there are some amazing free things to do, like hiking up the beautiful Cradle Mountain in the Central Highlands.

This absurdly long stretch of uninterrupted sand can be found basking on the south-eastern coastline of the state of Victoria. True to its name, it runs for 90 miles, between Port Albert and Lakes Entrance. A good way to enjoy it is with a classic Aussie cookout and campfire.

Everyone knows Australians love an ice cold beer, but they’re also partial to a sip or three of the iconic Bundaberg rum, brewed in the Queensland town of the same name. You can find it in literally any bar in the country (ask for a ‘Bundy’ and the server will know what you mean). If you’re in Bundaberg itself, you can do tours of the distillery, which will include free tasting at the end.

The Aussies love love love this fish, and you will too. It is seriously tasty – subtle but instantly recognisable – and goes with pretty much anything. Except ice cream. Probably. It can be found in eateries all over the country but it’s native to northern Queensland, so try it there if you have a choice.

13. See a platypus in the wild

In a land of weird and wonderful wildlife, the platypus is among the most compelling. It looks like something a child might draw – covered in dense fur, webbed feet, a sort of mixture of a snout and a bill. And it’s venomous (obviously – it is Australia). They can be spotted in the wild up the East Coast but the surest place to guarantee a sighting is Eungella National Park in Queensland.

14. Say Hi to the tame dolphins at Monkey Mia

It’s almost too good to be true. Since the 1960s dolphins have been swimming up to the beach at the Monkey Mia peninsula in Shark Bay on the West Coast. They arrive every morning without fail and lounge about in knee-deep water to interact with tourists. Rangers supervise the experience and choose someone from the crowd to hand-feed the dolphins fish.

Most non-Australians have never heard of Karijini National Park, making it one of the country’s best-kept secrets. Located in Western Australia, it’s a dramatically beautiful place, characterised by huge gorges that score the rust-coloured landscape. You can walk and climb through them (sometimes you’ll need to swim along narrow channels when the walls are particularly steep). It’s all awesome fun and you’ll love it.

The main highlight of the Red Centre is Ulruru, but Kings Canyon is a close second. Its sheer edges and walls as smooth as paper plunge hundreds of feet, and there are no safety barriers, so be careful. There are two walks you can do – one that goes into the canyon itself, and one that goes around its rim. Do both if you can.

The world’s largest sand island was made for adventure. You can do day trips there but the classic backpacker experience is to do a two-night camping trip. You can make your way around in 4x4s, checking out the sights, like crystal-clear Lake McKenzie and Champagne Pools. Lush.

18. Stay at the Arts Factory in Byron Bay

The Arts Factory Lodge in Byron Bay, Queensland, is built around a natural swamp and features teepees and converted buses for accommodation. There’s plenty of live music and the like, and a cool bar. Not for everyone, but we think it’s pretty cool, and it certainly makes a change from the average hostel.

19. Check out the free museums in Sydney

Sydney has heaps of world-class free museums, meaning you can get a big old culture fix in the unofficial capital without paying a cent – if you know when to go! The best ones include the Museum of Contemporary Art (Fri-Wed, 10am-5pm); The Rocks Discovery Museum (daily, 10am-5pm), the Australian History Museum (Mon-Wed, 9am-4pm) and the Australian National Maritime Museum (1st Thursday of the month).

Apart from maybe the US, there’s probably no better place in the world to take long road trips than Australia, simply because it’s so huge and has such amazing scenery. The Outback is the more unforgettable place to hit the road – hundreds of thousands of miles of emptiness, where you can drive for a whole day and count the number of people you’ve seen on one hand.

South Australia is the least-visited part of Australia but there are some really great things to see and do there on a budget. Like the rest of the country, its highlights tend to be from the natural world, with Wave Rock topping the list.

22. See the 12 Apostles on the Great Ocean Road

You’ll have seen the limestone stacks known as the 12 Apostles in pictures – the image is as synonymous with Australia as the Sydney Opera House – but nothing can compare to gazing upon them in real life. And getting a selfie, of course.

23. Soak up the nightlife in Surfers Paradise

Yep, they actually called a city Surfers Paradise, no joke. The surf is good, but the nightlife is even better. This is the party capital of Australia and the gazillions of bars and clubs are always putting on promotions and the like meaning you can have a good time for very little cash.

This error message is only visible to WordPress admins

Please go to the Instagram Feed settings page to create a feed. 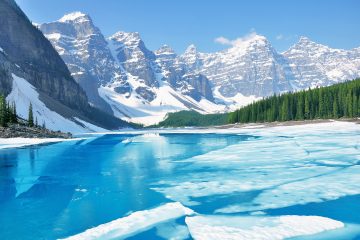 Winter is a magical time! Squeeze in a winter getaway before the semester starts or plan for a weekend trip while the homework's still light! 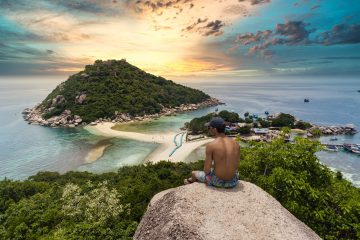 Anyone else getting a bit stir crazy? We certainly are! It’s okay though, not long now until we can hop on jet planes again. But where to go, what to do, and how to travel Read more… 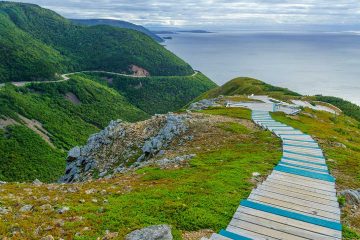 Need some summer plans? Add one of these incredible road trips to your bucket list and stay near or drive across the country!