Every traveller will find something great to see in Europe. For those who travel on a college budget, it also has a wide variety of places with tasty cuisine, stunning architecture, and beautiful nature. The Old World has a lot to offer to travellers regardless of which country you choose to visit. But where should you go?

If you’re looking for some cheap European destinations (that won’t burn a hole in your pocket), you’ve come to the right place. We’ve rounded up ten incredible European countries that will give you amazing experiences without having to spend a lot of money.

Bulgaria is one of the most interesting Eastern European destinations because of its rich history, gorgeous architecture, friendly people, and delicious cuisine. The country is essentially a cultural melting pot with Persian, Slavic, Greek, and Ottoman influences, so travellers have the opportunity to experience multiple different cultures in one country. It’s a bit more off the beaten path, but it’s also perfectly suited for a university student’s budget!

Here are the costs of living in the capital city Sofia for a day:

Poland has always been one of the best destinations for student tourists because of the lower prices compared to Western countries like France and Spain. However, the amount of amazing things to see in Poland is pretty even. For example, there’s the Tatra Mountains, Wawel Castle, Lazienki Park, Krakow Cloth Hall, Slowinski National Park, Jasna Gora Monastery, and many other sights just to name a few! And you might be pleasantly surprised by the (low) cost of some of the best things to do in Poland too.

Here’s an idea of what you can expect to pay in Warsaw, although other cities like Krakow can be even cheaper:

Every Romanian town has Old Town areas where travelers can admire beautiful architecture of the past centuries. For those interested in indigenous architecture styles, this country is a great find because almost all old buildings are worth a look. Bucharest’s Old Town is particularly charming! For thrill seekers, take a night excursion to the Bran Castle, commonly known as “Dracula’s Castle.”  In addition to architecture, student travelers will find the prices very affordable:

Like any other European nation, Hungary boasts incredible cathedrals, castles, parks, squares, hotels, and even thermal spas. Budapest is becoming more and more popular, and for good reason! For students, it is a great destination because accommodation, transportation, and food are relatively cheap. One hint for you, though: don’t look for hotels in the central parts of the Hungarian cities, inexpensive ones are a bit outside of city centers. Let’s check out the costs:

Ukraine is one the most underrated places to visit in Europe right now. Over the past few years, this country has been achieving an impressive development in terms of tourism. It is also one of the most unexplored European countries that has a lot to offer. For example, did you know that the Ukrainian city of Lviv ranks as the top Eastern European city to see just after Prague? Its unique Polish, Austrian and Hungarian roots blend Eastern European culture with styles from Italy and Germany. TL;DR—it’s beautiful and definitely worth a visit. More good news: you won’t have to break the bank to visit!

These prices are for Kyiv, the capital and a cultural hub in Eastern Europe.

Still fairly cheap by Western European standards, Croatia is another great destination for tourists. Topping the (very long!) list of reasons why you need to visit Croatia, stat: it has the world’s most atmospheric Roman ruin, gorgeous beaches, stunning national parks, and majestic mountains—and, oh, by the way, Game of Thrones was filmed there. Prices below are for Dubrovnik, Croatia’s most popular city. Keep in mind that while Croatia is part of the EU, the euro isn’t widely accepted.

This little-talked-about country is actually awesome: old towns, art nouveau architecture, beautiful beaches, Rundale Palace, ancient castles, and fairytale forests! It’s located across the Baltic Sea from Sweden and is worth a visit if you’re anywhere near the Nordic countries. And it’s perfect for a weekend trip for those of you studying abroad in Europe! For students, it is also quite a bargain, as it ranks much cheaper than other neighbouring countries. Prices below are for Riga, Latvia’s capital.

The capital of Slovakia, Bratislava, is considered as stunning as Vienna and other Western European cities, but it holds one considerable advantage: it’s much cheaper! It also has mountains, old architecture, and is surround by forests for hiking and stunning nature that will have you falling in love on your first visit. Visit the pedestrian-only Old Town for amazing cafes and some nightlife.

Although it’s known as a budget destination, Portugal’s rise in popularity means it’s a good time to visit now, before the rise in tourism sparks a rise in prices. It’s easy to fall in love with Portugal’s amazing history, unique culture, seas, hot springs, and cities—not to mention it’s home to the second-oldest capital city in Europe (Lisbon). And don’t forget about the local cuisine as well, especially if you’re a fan of seafood. They have everything from fresh fish to octopus!

At the end of the day, doing a little research can really pay off (literally). So don’t be afraid to start planning your next trip to one of these amazing countries today. Want to stretch your dollars even further? Find some cheap flights and check out our tips for cheap Europe trips—now you’ll literally have no excuses.

(Costs listed in this article are updated for 2020 and have been taken from Numbeo’s Cost of Living Calculator and the Backpacker Index.)

This error message is only visible to WordPress admins

Please go to the Instagram Feed settings page to create a feed. 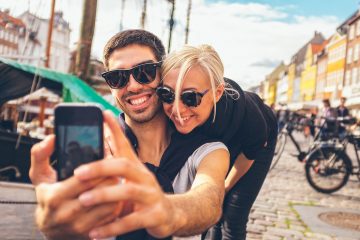 Top 15 Cheapest Places to Travel in Your 20s

If you are looking for the best and cheapest places to travel and explore while you’re young, look no further. These locations from around the world are perfect for 20-somethings to visit without breaking the Read more… 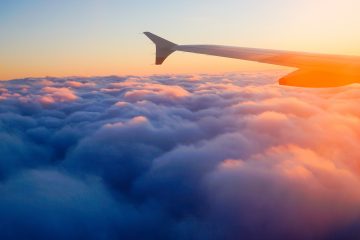 As a university student looking to save a buck, the cheapest option is usually the best option. This mindset makes total sense — you want to gain the most experiences with the least cost. Airline Read more… 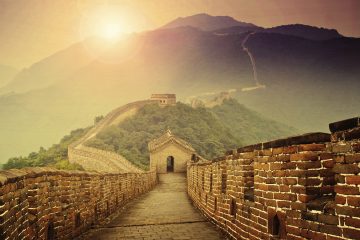 13 Places to Visit Before You Turn 30

Travelling while you’re young means having the energy to power through time differences and jet lag, having a healthy back to sleep on those uncomfortable hostel beds and most importantly, not having those thirty-something responsibilities, like a Read more…